If you’re visiting London from overseas, you’ll soon realise that there are so many neighbourhoods and suburbs that you’ll never have chance to explore them all. From east to west and north to south, the sprawling city has so many wonderful places to live and work, study or homestay. The problem is choosing one! Find out more about Bethnal Green below and why it’s one of the most in demand areas of east London.

These in-depth area homestay guides are designed to give you an exclusive preview of some of London’s most vibrant areas where you could end up living. Two corners of the same city can feel like worlds apart, so it’s important to give the neighbourhood some thought before choosing.

Where is Bethnal Green located?

Also known as the hipster heartland, Bethnal Green has been revived from what was historically a dodgy neighbourhood into a blossoming bohemian paradise. Situated in the borough of Tower Hamlets, the suburb is bordered by Shoreditch, Hackney, Whitechapel and Brick Lane. It’s well connected to the rest of the city, and Bethnal Green is one of the most sought after affordable locations in the East End.

What are the transport links Here?

Bethnal Green has so much within its borders that you won’t ever need to leave! However if you do wish to explore past this buzzing hub, you’ll be amazed at the underground and overground transport links. The station is on the central line in zone 2, meaning you can be in Liverpool Street in minutes. Wherever you need to get to in London, you’ll plan your journey with ease from your homestay here. 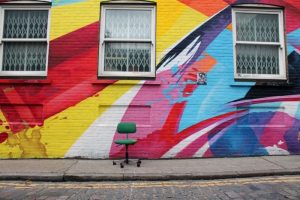 What is there to do In the Area?

As an area with a working class history, Bethnal Green is an eclectic mix of new and old. You’ll find markets and bargain high streets coupled with upmarket cocktail bars and gastro pubs. From trendy art galleries and performance spaces to vinyl record shops, you’ll never get bored in this East End hotspot.

Bustling Bethnal Green is a well-known shopping attraction in the East End, mainly thanks to its wonderful markets. Every Sunday Columbia Road comes alive with colour at the Columbia Road Flower Market. Plants and flowers imported from all over the world line the streets and there’s always a bargain to be had. You can also get your shopping fix at the Petticoat Lane Market, (one of Britain’s longest running markets). Or you could check out Brick Lane Market, Roman Road Market or Whitechapel Road Market.

“Vicky Park” as it is known by locals, is one of London’s favourite green spaces. An estimated 9 million people visit the park every year. In summer it hosts festivals such as Field Day and Lovebox. It’s definitely worth a visit if you are in the neighbourhood. 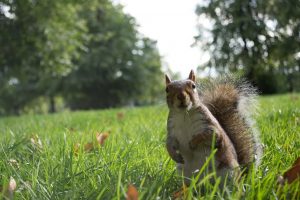 East London’s cultural hub of creativity is not to be missed. It hosts art exhibitions, live performances, a cinema and lots more for the local community to get involved in.

Want to sit back and relax with a coffee surrounded with cute purring kitties? This is the place to be! One of the original cat cafés, Lady’s Dinah’s is one of the neighbourhood’s top attractions.

This independent family restaurant has been Bethnal Green’s greasy spoon café of choice for over 100 years. As an east London institution, its breakfasts are regarded as one of the best in the whole city, and it’s small cosy interior is great for chatting to strangers – not something that happens often in London!

What is the typical Homestay accommodation found Here?

The majority of homes in Bethnal Green are modest-sized terraced houses, which are very popular with young families. There are also some larger Georgian properties in a conservation area. Period homes are rare in this area because many homes were damaged in the Second World War and replaced with council estates. There are also apartment blocks being introduced for modern professionals. Accommodation options in Bethnal Green vary hugely.

How safe is Bethnal Green?

Bethnal Green has a bit of ‘gangster’ history – look up the notorious Kray twins! Its back lanes can look quite sinister, but most parts of the neighbourhood feel safe thanks to a community vibe and an influx of young creative types. As more money has filtered into the area, its reputation as a London suburb has improved immensely. London suburbs are always considered to be safer than very central locations.

Bethnal Green attracts creatives of all types, so imagine lots of artists and writers roaming the streets here. Born and bred Londoners are moving to Bethnal Green because it’s one of the cheapest places in east London to rent and buy. Couples and families upsizing from flats head to the neighbourhood along with city professionals who need good transport links.

Historically it is also the land of “Cockney” London or the “Bow-bell Cockneys”.  These are Londoners born within a radius of Bow Bells, the bells of St Mary-le-Bowchurch in the Cheapside district of the City of London.  If you pay attention when you are out and about, you will probably hear the Cockney accent on the streets of Bethnal Green!

Since the 1920s, a large Bangladeshi community has lived in Bethnal Green. The borough of Tower Hamlets has the largest concentration of Bengalis in the country, so there are lots of mosques and Bengali celebrations in the area. Brick Lane is famous for its Bangladeshi restaurants.

This is one of the most up and coming areas of London. With so much going on it has a lot to offer for students. If you are an international student, intern or professional looking for homestay (“host family”) accommodation in Bethnal Green or in east London, we would love to hear from you.

David Game College and The Language gallery are located 15 minutes away in Aldgate. From Bethnal Green station, take the Central or Overground line to Liverpool street and then walk a short distance to Aldgate.

Kaplan international is located 15 minutes away in London Bridge. From Bethnal Green station, take the Central line to Bank and then the Northern Line to London Bridge.

Similarly, if you have a spare room in your Bethnal Green home and are interested in hosting international students, please do get in touch with us.