Named after the only body of fresh water in the Docklands, Canada Water is a freshwater lake and wildlife refuge in Rotherhithe, just south of the River Thames. The lake itself is the last remaining portion of the Canada Docks, so named as most of ships that came into dock were from Canada. The area around the lake was developed with the introduction of its London Underground station and has now become a nice suburb that’s well-connected to the city centre and managed to keep its greenery and waterways in-tact even through gentrification.

If you’re studying or working in central London, Canada Water could be the best place for your homestay due its easy commute and pretty locale. This location guide aims to help you make an informed decision on if it will suit you as a base for your trip to the capital.

Where is it located?

Part of the south-east Docklands community, Canada Water is less than 3 miles from Centre Point but is separated from it by the River Thames. Just one stop along from Canary Wharf, its central enough to benefit from city funding and will be part of a programme of gentrification implemented by the Mayor of London, Sadiq Khan. It makes for a great compromise between hectic, bustling city life and a pretty, tranquil place to live.

Most of the residences in Canada Water date from the 1980s and 1990s, so much more recent than much of the city – as prior to this, the area was largely industrial. You’ll find a couple of pockets of London’s traditional Victorian terraced houses as well as a handful of industrial warehouse conversions, but these are few and far between. New builds are springing up throughout the area, in the shape of flats, apartments and more modern townhouses. There’s also over 200 moored houseboats!

How safe is it?

Canada Water is considered a very safe district to live in and benefits from the police presence you’d expect in more central London areas. The odd incidence of petty crime or anti-social behaviour does happen, but primarily amongst school children and young people. Most residents here walk rather than rely on private transport, even in quiet periods and overnight.

What type of Host Families live in Canada Water?

The tranquillity and handy location of Canada Water means that professionals are moving there in their droves – and heading out are older people who choose to retire out of the city. Students of higher end colleges and universities also stay in Canada Water to avoid the more central student-party scenes, and families who need access to jobs in the city but want to raise children in a nice area live here too. There’s also a large South African community and residents from several Scandinavian countries of heritage, as a result of the areas historical shipping and long-distance haulage connections.

Canada Water’s location makes for excellent easy transportation into and around the rest of London.

To the north you’ll find Rotherhithe station sitting on the London Overground; Canada Water, which is an interchange between the Underground Jubilee line and the Overground; and Surrey Quays which also services the Overground. Canada Water station was recently redeveloped and also has its own bus station on-site with both day and night time services.

Black cabs can be hailed from either outside stations or from a rank on Salter Road and two piers for riverside services sit within walking distance.

A new bridge has been proposed to connect Rotherhithe and Canary Wharf by road, but any definitive plans have yet to be confirmed. 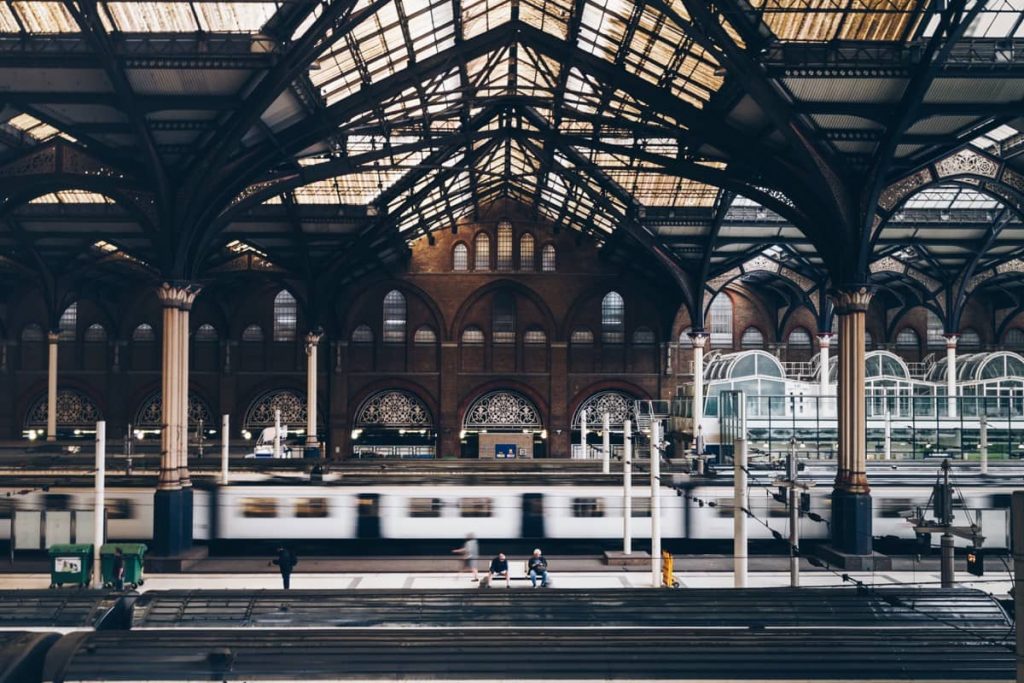 What is there to do?

With growing development happening all the time in Canada Water, there’s no doubt that attractions and amenities will be added for the expanding population soon. Whilst its location does mean it’s super easy to hop across the river to central, you’ll still easily find some things to explore while you’re staying in the area.

Turn back time at the Brunel Museum

Situated in the old Brunel Engine House, the building was designed by Marc Isambard Brunel (that’s Isambard Kingdom Brunel’s father) to be part of the Thames Tunnel. Now, the space is used as a museum documenting both father and son’s work and plans are in place to expand the shaft to house contemporary and performing arts. It gives a great overview of how London became the city it is today.

A real working farm right in the centre of London, Surrey Docks Farm spreads over two acres of land and was developed in the 1970s for locals to grow their own produce. Today it houses a petting zoo, farm shop, beekeeping lessons and metalworking workshops. Walking a donkey along the banks of the River Thames is certainly an experience not many Londoners can say they’ve taken part in!

If you are an international student, intern or professional looking for homestay (“host family”) accommodation  in Canada Water or close by, we would love to hear from you.

Berlitz, Bloomsbury International and Stafford House School of English are located 25 minutes way in Holborn. From Canada Water station, take the Jubilee line to Bond Street and then the Central line to Holborn station.

David Game College and The Language gallery are located 15 minutes away in Aldgate. From Canada Water station, take the Overground line to Whitechapel and then the District line to Aldgate East.

Similarly, if you have a spare room in your Canada Water home and are interested in hosting international students, please do get in touch with us.