Part of the historic parish of Camberwell, East Dulwich is a quiet but very pretty neighbourhood in south east London. A thriving area without London Underground access, this community is proof that suburban living, leafy, well-groomed streets and top schools and amenities can flourish in the capital without indulging in too ‘urban’ a feeling. You’d be easily fooled into thinking this is an upper-class suburb of a much smaller city.

If you’d like your London homestay to have a slower pace of living than the rest of the capital can offer, East Dulwich could be the area for you. The HFS London team have various properties and host families residing in the neighbourhood offering up their spare rooms who are happy to host and will show you around the surrounding areas. So if this guide makes East Dulwich sound like ideal location for you, get in touch!

Where is East Dulwich located?

East Dulwich is a small, residential suburb in south east London (zone 2) with the postcode area SE22. Dog Kennel Hill Estate sits to the north, and Nunhead to the east. Forest Hill is to the south and Herne Hill and Tulse Hill to the west.

The area within which East Dulwich sits is widely suburban. You’re more likely to find quiet residential streets throughout the borough than tourist attractions and large commercial spaces. Despite being a distinctly middle-class area, East Dulwich’s property prices remain reasonable and aren’t as expensive as elsewhere in the capital.

There’s very few apartments and blocks of flats in East Dulwich. Instead, tree-lined streets give way to more traditional homes. Developed in the 19th century combining two estates to build affordable homes for workers who couldn’t live any closer to the city, most properties date back to this era and as such as more than big enough to accommodate whole families.

There are some old-fashioned cottage homes dotted around but primarily you’ll find the traditional Victorian terraced houses as are typical to London. Built a little larger than elsewhere in the capital, many have capacity for four or five bedrooms and large private back gardens. Many families buy here and stay – so the host families available on HFS London’s books are often parents of now-adult children who let out their old rooms to bring in some extra income.

How safe is East Dulwich?

East Dulwich is a very safe area compared to other neighbourhoods in London and if anything, could be considered ‘sleepy’. It’s very residential, so you’ll find quiet streets at night and into the evenings. But private transport is available around if you’d prefer not to walk alone. Even parks and green spaces in East Dulwich are fairly safe at night – which is almost unheard of in capital city!

What type of Host Families live in East Dulwich?

The neighbourhoods in and around East Dulwich primarily attract families who are drawn to the good schools, various green spaces and reasonably priced large homes available. There’s also a fairly sizeable elderly population. It is also home to professionals who originally moved to the area with their children but have stayed even when they’ve flown the nest.

Along busier roads such as Lordship Lane, you’ll find a good community of young professionals too. However, it’s rare to see tourists in the neighbourhood – unless they’re staying in a homestay too, of course! 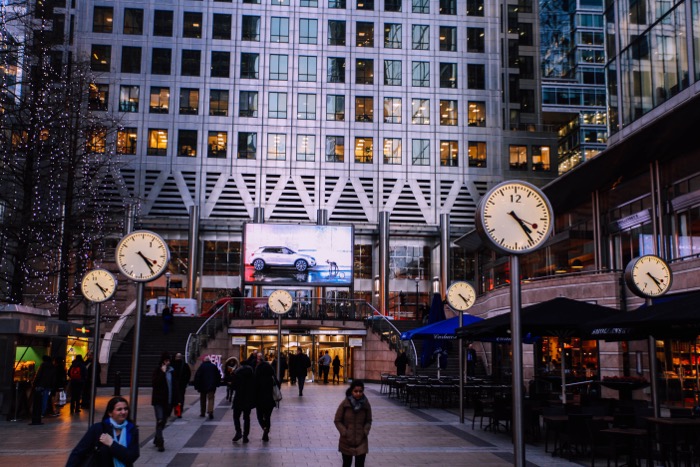 Unusually, East Dulwich isn’t on the London Underground – but this doesn’t hinder its connections to the rest of the city and beyond.

East Dulwich rail station operates Southern Rail services between London Bridge, south London and Surrey. It’s in Zone 2, so not far out from the city centre, and still included on the Transport for London Oyster Card network. There are six bus routes serving the railway station to link it with the rest of London.

East Dulwich is just on the border for Santander Cycles, so you won’t see many here, but it’s easy to flag down a cab or minicab if required.

What is there to do in East Dulwich?

Despite its residential nature, the amount of families and young professionals having settled here means that there’s plenty of amenities and facilities in the area. So you don’t need to venture far to find a way to spend your down time.

Is there anything more British than a leisurely afternoon tea? Le Chandelier is a beautiful café-cum-restaurant filled with vintage furniture and flowers that offers home-baked treats and a range of afternoon tea options, with champagne available. Why not book in with your homestay family and treat them to a good bonding session?

Explore the House of Dreams

A hidden treasure, you’ll find the House of Dreams on a street and in a home that look perfectly, well, normal. Artist Stephen Wright is using the theme ‘one man’s trash is another man’s treasure’ to cover every surface of his whole home in kitschy mosaics from items that would otherwise be thrown away. Think barbie doll heads, pen lids, loose wires, random photos and bright glass. Email him to book and be blown away by this amazing installation!

Preview the latest films at the Picturehouse Cinema

A newly opened indie cinema with just three screens and a small café, this Picturehouse cinema showcases the best in both obscure arthouse and mainstream movies. It’s not uncommon for advance preview and special event tickets to become available, so take advantage and spend a few hours enjoying something you otherwise may not have given a chance.

East Dulwich definitely has a slower and sleepier pace of life than central London, but that’s not to say it’s lacking in fun or function. Easily connected to the rest of the city, it makes a great place to lay down your head at the end of a busy day.

If you are an international student, intern or professional looking for homestay accommodation  in East Dulwich or close by, we would love to hear from you.

Kaplan international is located 13 minutes away in London Bridge. From East Dulwich station, there are trains going direct to London Bridge station.

If you have a spare room in your East Dulwich home and are interested in hosting international students, please do get in touch with us.