Lewisham is the name of both the wider London Borough as well as a area south east of the River Thames. Identified as one of the capital’s 35 major centres in the London Plan, Lewisham is a buzzing place to live, the target of a lot of regeneration and investment and a leading transport hub for the city.

Dating back from Saxon times, Lewisham has long been a residential area. The centre of the district is considered to be St Mary’s Church and the University Hospital Lewisham, to the south of the neighbourhood. Read on for the true picture of Lewisham. You can decide whether or not it sounds like the ideal place to base yourself for your London stay. HFS London have plenty of homestay properties in the area, so get in touch with the team to arrange yours!

Spread across postcode areas SE3, SE4, SE6, SE8, SE12, SE13 and SE14, Lewisham is just under 6 miles south east to Charing Cross. The area sits just south of Deptford, west of Blackheath, north of Catford and east of Brockley. The district seems very suburban given just how close to the city centre it is. So you’d be easily fooled into thinking that you were much further out of London than you actually are.

The Borough as a whole is considerably larger than just the Lewisham area itself, spanning from just south of the River Thames right down to Bromley and Beckenham.

What is there to do in Lewisham?

Lewisham is a fairly suburban area, but there’s no lack of things to do and see. The strong community feel of the area contributes toward a real ‘buzz’ around the neighbourhood.

An award-winning farmer’s market, Brockley Market has an unbeatable range of British organic produce sourced from around the country. What’s more, you’ll find a whole host of street food stalls with ready-made food to take away should you get peckish from all the browsing. The market is open Saturdays from 10am-2pm and is cash-only, so head to an ATM first. 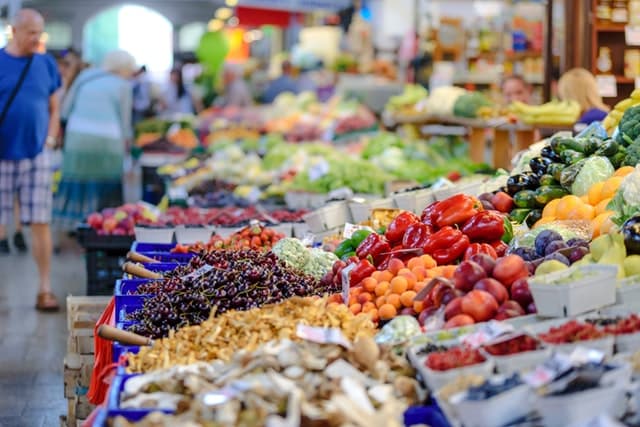 Look out over the city

Telegraph Hill is the south east’s answer to Primrose Hill. A small and leafy spot just 50 metres up, it’s a great spot. Check it out for a drink, picnic, walk, run or even a yoga pose – and the nearby arty café makes great coffee! Easter weekend plays host to an annual festival of comedy, music and art in the park.

A fantastically interactive art gallery, Lewisham Art House offers a range of classes and workshops open to the public. If your art really impresses, you can book in your own exhibition in exchange for studio space… this could be the beginning of something big!

Lewisham is still up-and-coming, and this thriving community continues to develop and grow day by day. HFS London can help arrange your homestay here, so give the team a call to discuss your requirements and book in somewhere beautiful.

Lewisham boasts a diverse range of properties, so there’s good choice for those looking to buy, rent or visit. The typical Victorian and Georgian townhouses of the capital can be found here, as well as rarer French Baroque-style homes, larger Edwardian detached properties and some new-build houses in the regeneration development areas. The new built blocks are primarily flats and apartments.

Homes are a mix of both family properties and shared accommodation. Both buying and letting markets are thriving in the area.

How safe is Lewisham?

Lewisham is very suburban compared to other areas in London and so crime rates here are primarily petty than violent. Tourists aren’t targeted as much as you’d expect elsewhere. Lewisham is fantastically connected transport-wise and so if you’d prefer to ride around the neighbourhood rather than walk, there’s lots of options. That said, as a London suburb rather than a smaller one, you’ll find plenty of people walking around at all hours in main areas and on major roads and so shouldn’t too often find yourself alone (unless you choose to be, of course!).

What type of Host Families live in Lewisham?

Lewisham attracts a wide range of residents, including families, students and young professionals. The recent regeneration and investment into the area has attracted hoards of new London residents to Lewisham. This is allowing it to become a real melting pot of cultures, people, ages and backgrounds. The nearby universities mean a lot of students live in Lewisham, but during the day you won’t find them in the neighbourhood. Three mosques in the area attract a sizeable Muslim community and a popular Irish Community Centre locally services expats.

Most importantly, the community of Lewisham really work and band together when they need to; with a range of ‘wins’ for the community against the council and lots of events and initiatives in place for residents.

What transport links does Lewisham offer?

Lewisham is a major transport hub (zone 2) for the south east London area and is serviced by mainline rail, the DLR, London Buses and various national coach services. At present, the London Underground doesn’t reach Lewisham. However, proposals for the upcoming extension of the Bakerloo line would include the neighbourhood.

Southeastern rail services link through Lewisham station to Victoria, Charing Cross, Cannon Street, Gillingham, Dartford and Sevenoaks. The DLR service runs to Canary Wharf and Bank. In addition, numerous buses link the area with the rest of the capital.

Lots of National Express coach services pass through Lewisham on their way to the south and south east of England, and with London’s central coach station in Victoria just a short ride away, it’s easy to get around the whole of the UK and onto the continent.

If you are an international student, intern or professional looking for homestay accommodation in Lewisham or in the nearby area, we would love to hear from you.

Similarly, if you have a spare room in your Lewisham home and are interested in hosting international students, please do get in touch with us.