Definitely no longer a residence for shepherds or agriculture, Shepherd’s Bush is a unique west London district. It has benefitted from billions of pounds worth of regeneration; including one of the country’s biggest shopping malls, glamorous flats in the old BBC Television Centre building and lots of new property developments. It’s academic too, with the Imperial College and Royal College of Art both situated within the neighbourhood.

Solidly suburban, Shepherd’s Bush is a great area to live in that’s full of amenities and facilities and still attracts tourists, even five miles out of the city centre. There’s enough in the area for you never need leave… apart from to work or study, of course!

The HFS London team have some homestay properties available in and around Shepherd’s Bush and can match you to the perfect accommodation and hosts for you. Contact the team today to see what’s available for your stay.

Where is Shepherd’s Bush?

Shepherd’s Bush is about five miles west of Charing Cross – which doesn’t seem far to most of us, but by Londoners standards, is! As a result, many priced out of central London but unwilling to leave the city completely relocate here for affordable living and suburban benefits.

Sitting within the London Borough of Hammersmith and Fulham, you’ll find Wormwood Scrubs Park to the north, trendy Notting Hill to the east, Hammersmith to the south and Emlyn Gardens and East Acton the west.

Shepherd’s Bush is a district within itself and you don’t need to venture far to explore or have a new adventure! This is much more than just a shopaholic’s paradise; and we have some great suggestions for things to do while you’re in the neighbourhood.

Tour advertising through the ages

The Museum of Brands, Packaging and Advertising is within Shepherd’s Bush and is an interesting visit for anyone fascinated by advertising and marketing. Some of the biggest household brands can be documented throughout the ages here and it’s likely you’ll find some memory-provoking items along the way! The museum is open every day apart from Monday and no booking is required.

Shop ‘til you drop at Westfields Shepherd’s Bush

A mammoth of a mall, Westfields Shepherd’s Bush is Europe’s largest shopping centre and is a huge 150,000 squared metres! It cost £1.6 billion to develop and houses over 450 shops with 5 large flagships. The high-end ‘The Village’ part of the mall specialises in designer brands and houses such labels as Burberry, De Beers, Louis Vuitton, Gucci and Tiffany & Co and Versace. 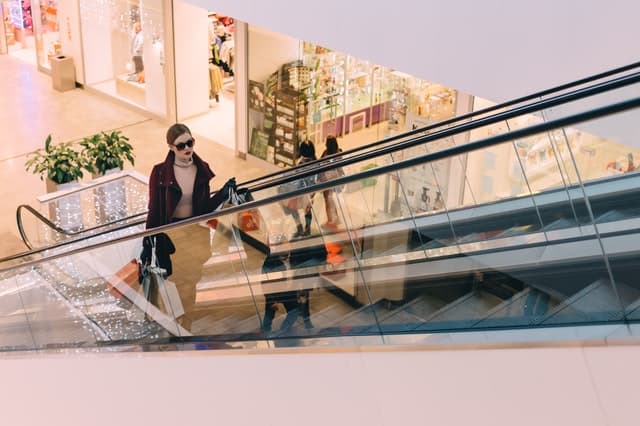 See a gig at the O2 Empire

The O2 Empire venue is a must-stop destination for bands and artists on tour in the UK and has an event on nearly every day of the year! Whatever your preferred genre or taste, there’s bound to be something featured for you while you’re in the city, so check online before you leave and book ahead for a great night out.

Shepherd’s Bush is a real hybrid district between commercial convenience and residential bliss, in a mix that you simply won’t find anywhere else in the capital. As well connected as it is to the rest of London, you’re never far away from wherever it is that you need to be; and you need not go far for anything anyway!

Shepherd’s Bush most typical accommodation is the traditional Victorian townhouse found throughout London. However, the recent regeneration has seen blocks of new housing and apartments spring up throughout the area. The newer areas have a cool, arty vibe, and loft conversions and large, shared apartments are popular.

Property prices are on the rise, but the area remains more affordable than neighbouring Notting Hill and Hammersmith.

How safe is Shepherd’s Bush?

The nature of Shepherd’s Bush commercial areas is that there’s often lots of people about and crime is low. Tourists looking for a bargain tend to flock to the newer Westfields Stratford shopping mall rather than the Shepherd’s Bush local version, and so there’s next to no petty crime or theft.

This is a middle-class area and usually perfectly safe for travellers on their own.

There’s a good mix of people living in Shepherd’s Bush, and as mentioned before, many are families and professionals who can’t afford the ever-expensive prices of more central areas but are reluctant to leave the city completely. Whilst not considered as upmarket as some of the nearby west London districts, this area is by no means downbeat and is family-friendly and feels very suburban (albeit quite commercial, in parts).

The commercial centre of Shepherd’s Bush means that transport connections in and out of the city are plentiful; with a whopping five London Underground stations in the neighbourhood! Shepherd’s Bush station sits on the Central line, and Shepherd’s Bush Market, White City, Wood Lane and Goldhawk Road all on the Hammersmith & City and Circle lines. You’re never too far from the tube here! The London Overground connects through the station, too.

18 London bus routes run through the area, with lots of frequent stops in both commercial and residential areas and two big bus stations. There’s also a great deal of private transport available, and should you like to get active, plenty of docking stations for Santander Cycles dotted around.

If you are an international student, intern or professional looking for homestay accommodation in Sheperd’s Bush or close by, we would love to hear from you.

Similarly, if you have a spare room in your Sheperd’s Bush home and are interested in hosting international students, please do get in touch with us.