Central London is full of exiting and famous tourist attractions to keep any international student busy. But if you grow tired of the busy streets and loud noises of zone 1 and 2, we would suggest exploring London further afield. Zones 4-9 may not have the same glitzy reputation as central London, but they have an abundance of hidden gems; from quirky attractions, historical sites and beautiful parks and gardens.

Eel Pie Island is often credited as the place were “the sixties began”. This small Island in the middle of the Thames was once a thriving hippy commune filled to the brim with poets, artists and musicians. The Holy grail of London counter-culture it gave birth to many of the big bands in British Rock, Including The Who, Pink Floyd and The Rolling Stones.

Areas such as Shoreditch and Camden have tried to recreate a retro vibe. Eel Pie island can offer the authentic experience for half the price. Over the years the Island has been kept in a 60’s time warp. It is still home to a community of painters, potter and sculptures. You can easily spend the day visiting the artist studios, exploring the old boatyard and gazing at the weird and wonderful installation art. The island isn’t always open to the public, but they have frequent open days so make sure not to miss your opportunity to experience this little patch of 60’s counterculture right in the middle of 21st century London.

Many people think that the London Tube lines are the only tunnels under London. However, if you jump on the train to zone 5 you will discover a far more interesting underground system. Chislehurst Caves are a mammoth set of man -made caves and tunnels dating all the way back to the Roman times.

Since then, they have been the site of some extraordinary historical moments throughout the centuries.  Used as a place for druid rituals, it later became an underground town during the London Blitz. Later it became a unique underground dance hall in the 60’s where artists like Hendrix and Bowie would often play.

You will be led though the maze of tunnels on a lantern lit tour by a guide, who will regal you with titbits of local history. As well as this you will hear chilling ghost stories sure to make the hair on the back of your neck stand up.  A wonderfully weird mix of history and legend the caves are sure to leave a memorable and lasting impression.

If you need a break from the hustle and bustle of London life, you can hop on District line and step into the fairy-tale that is Strawberry Hill House. Fit for any Disney princess, the house is a beautiful example of neo-gothic revival architecture. It has an abundance of ornate bookcase, gargoyles, stunning stain glass and ornate decorations. Outside the House, there are miles of gardens to explore with picturesque areas for a picnic and plenty of Insta opportunities.

The best part about Strawberry Hill house is how quite and relaxed it is. You can take a gentle stroll round the gardens and spend hours exploring the house free from the smog and traffic noise. Only 45 mins outside central London it really does feel like a totally different world.

If you are an overseas student here in London, there are so many wonderful places to visit when exploring London which offer a break from the hectic pace in the heart of the city. Whether you’re interested history, art, nature or simply trying to find something a little different there are so many options. 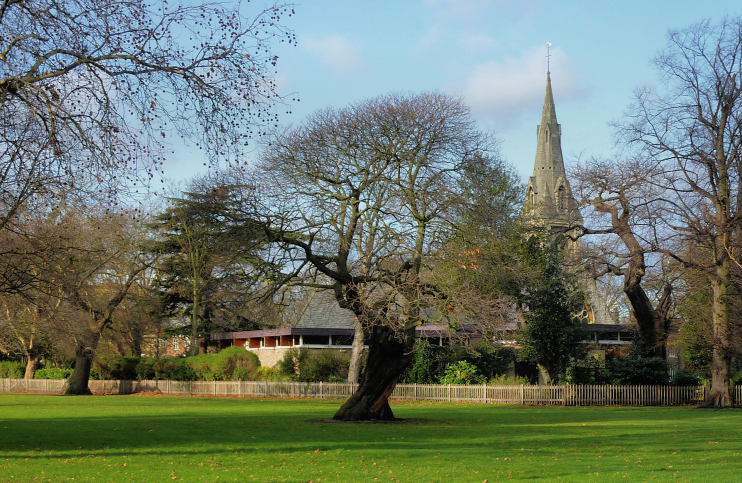