6 Alternative Locations for Your Stay in London 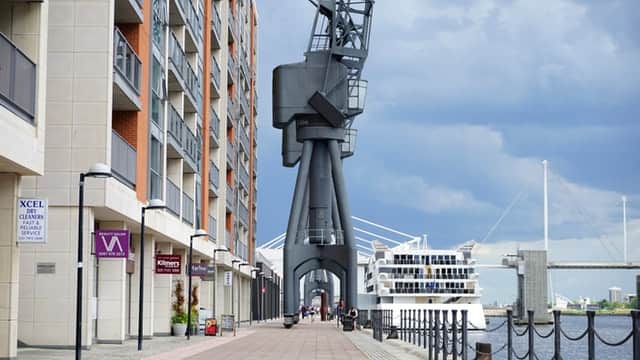 6 More Places to Visit in London

More and more visitors to London than ever before are forgoing expensive hotel accommodation in central London, and choosing instead, to stay in alternative accommodation in suburban London.

This new trend makes complete sense.  Areas outside of the centre offer tourists the opportunity to discover the non-touristy side of London, first rate transport to get you into town when you need, as well as accommodation that is much, much cheaper.  What’s not to like?!

Below are some lesser known parts of London that visitors might wish to consider if looking for an alternative accommodation experience in London:

Leafy Brockley is a district of South London located in the London Borough of Lewisham.  It is in zone 2 and only 13 minutes on the East London line to London Bridge station in central London.

The extension of the East London Line, now part of the London Overground network, opened in May 2010. It connects Brockley with North London and has significantly shortened travel times into central London

Like its neighbour Telegraph Hill, Brockley has a reputation as a focus for the arts in South London. The 1970s saw the beginning of a ‘bohemian’ influx of artists, musicians and alternative types attracted by the neglected and (at the time very cheap) Victorian houses and vast rambling gardens and the proximity to Goldsmiths College and Camberwell School of Art. Many artists have built studios in their back gardens and the annual ‘open studios’ weekend is a good opportunity to visit some of these.

As a result of it’s artistic history, Brockley has a long list of notable previous residents including The Who, Paul Young, Kate Bush, Gabrielle and Mica Paris.

This is a vibrant, fashionable and stylish suburb in South East London with gorgeous parks and Victorian houses that is very popular with families. It is in Zone 2 and although it is on the Rail and not tube, there are regular trains that go to London Bridge in 12 minutes as well as excellent bus links that get you into Victoria in 30 minutes as well as London Bridge, Aldgate east, Trafalgar Square and Tottenham Court Road.

East Dulwich’s main high street Lordship Lane has many cafés, bars, restaurants and lovely independent shops that are more interesting than any big chains (that have still not invaded this street). Also, there is a charming market on this street on Friday and Saturday mornings. All there for a perfect London weekend.

Other highlights are the beautifully restored Victorian swimming pools in Dulwich Leisure Centre and the Magnolia pub that shows Art films by the Dulwich Paradiso Film Society. Oh and we nearly forgot….you can go for lovely walks in Dulwich Park and Peckham Rye with its Japanese garden.

Greenwich is a district of South East London best known for its maritime history and for giving its name to the Greenwich Meridian (0° longitude) and ‘Greenwich Mean Time’ (GMT).   North Greenwich underground station is located in zone 2 and takes only 22 minutes on the Jubilee line to Bond Street in central London.

Greenwich became the site of a Royal palace, the Palace of Placentia from the 15th century, and was the birthplace of many in the House of Tudor, including Henry VIII and Elizabeth I. The palace fell into disrepair during the English Civil War and was rebuilt as the Royal Naval Hospital for Sailors by Sir Christopher Wren and his assistant Nicholas Hawksmoor. These buildings became the Royal Naval College in 1873.

Behind the former Naval College is the National Maritime Museum housed in buildings forming another symmetrical group and grand arcade around the Queen’s House. The park rises towards Blackheath where you are met with the former Royal Observatory with the Prime Meridian passes through the building. Greenwich Mean Time was at one time based on the time observations made at the Royal Greenwich Observatory, before being superseded by Coordinated Universal Time.

Those who can make their way to the top of the steep hill are rewarded with a breath-taking view of London’s Eastern and South-Eastern skyline where many landmarks including the Canary Wharf business district, O2 arena, London Eye, The Shard and, of course, the Thames Rivers can be seen.

Within the town centre, Georgian and Victorian architecture dominates and spreads to the west of the park and Royal Naval College. For leisure, highlights include Greenwich Market, the arthouse Greenwich Cinema and two theatres: Greenwich Theatre and the Greenwich Playhouse.

Stoke Newington is a district in the London Borough of Hackney in now uber fashionable East London.

Located in zone 2 on the East London line, you can get into Liverpool Street and central London in under 15 minutes.

Informally known as Stokey, it can be roughly defined by the N16 postcode area. The core of Stoke Newington is centred around Church Street, which has retained its own distinct ‘London village’ character.

For a small district, Stoke Newington is endowed with a generous amount of open space. Toits north, there is the extensive West Reservoir, now a non-working facility, but open for leisure and surrounded by greenspace, at the entrance to which is the architecturally bizarre Castle Climbing Centre, once the main Water Board pumping station.

South of these facilities is Clissold Park, an extensive swathe of parkland complete with a small menagerie, aviary and Clissold Mansion, a Grade II listed building. Close by, Abney Park Cemetery is one of the most splendid and enlightened of Victorian London cemeteries. It is now a nature reserve, a role that it was in many ways originally intended for, as it was set up as an arboretum.

Stoke Newington is a very multicultural area, with large Irish, Turkish, Jewish and Afro-Caribbean communities. The area continues to be home to many new and emerging communities such as Polish and Somali immigrants.

Streatham is a district in South London, located in the London Borough of Lambeth.  It is located in zone 3 but offers multiple access points (Streatham, Streatham Common, Streatham Hill stations) into central London.  Journey times from these stations into Victoria and central London are short, no more than 20 minutes.

Streatham is a place of contrasts, with middle class families occupying houses in leafy streets that fetch over £700,000 and Streatham High Road which, back in 2002, was voted the “Worst Street in Britain” in a poll organised by the BBC Today programme.

Today, Streatham has benefitted from major redevelopment. The Streatham Hub project involved the demolition of Streatham Ice Arena, Streatham Leisure Centre and the former Streatham Bus Garage and their replacement with a new leisure centre and a Tesco store with 250 flats above it. The leisure centre is owned by Lambeth and has an ice rink on the upper floors with a sports hall, gym and swimming pool on the levels below.

The main open space is Streatham Common, noted for its scenic views over West London and Surrey.

Walthamstow is a district of North East London, located in the London Borough of Waltham Forest. The area was identified in the London Plan as one of 35 major centres in Greater London.  It is located in transport zone 3, but is on the Victoria line, which is well known by Londoners as being one of the quickest routes into central London.  Walthamstow Central to Oxford Circus is only a 20 minute journey, on average.

Walthamstow is recorded circa 1075 as Wilcumestowe (“The Place of Welcome”), and in the Domesday Book of 1086 as Wilcumestou. Until the 19th century it was largely rural, with a small village centre and a number of large estates.

The High Street is dominated by Walthamstow Market, which has been running since 1885, and occupies all but the last 100 metres of the 1km-long street. The market is open five days a week and represents the many different cultures inhabiting the town. The street is lined with a selection of high-street chains, but also many small, independent shops specialising in food, fabrics, household goods etc. as well as cafés.

One of its most famous residents was the writer, poet, designer and socialist William Morris, who was born there on 24 March 1834, and lived there for several years. His former house in Walthamstow is a museum dedicated to his life and works, while the grounds of the house are a public park (Lloyd Park in Forest Road).

HFS London is a homestay accommodation agency based in London.  If you are looking for an alternative London accommodation and/or location for your visit to London, then please get in touch.  Similarly, if you live in Brockley, East Dulwich, Greenwich, Stoke Newington, Streatham, Walthamstow or anywhere in London zones 1-4, and are interested in becoming a homestay host to tourists, overseas students, interns or visiting professionals, then please contact us to find out how we can help.